Message: fopen(/tmp/ci_sessionhdk8d76mvi6jimnm12h6eoo8ije5m8eu): failed to open stream: No such file or directory

Delicious Indian sweets and their stories

Some of these sweets are hundreds of years old and have some really interesting stories attached to them. No celebration is complete without the traditional mithais In fact, all the deities have their favourite desserts. For example, Ganesha is fond of modak, Hanuman loves laddoo, Lord Shiva likes Thandai, and the cute little Lord Krishna is fond of peda. https://recipes.timesofindia.com 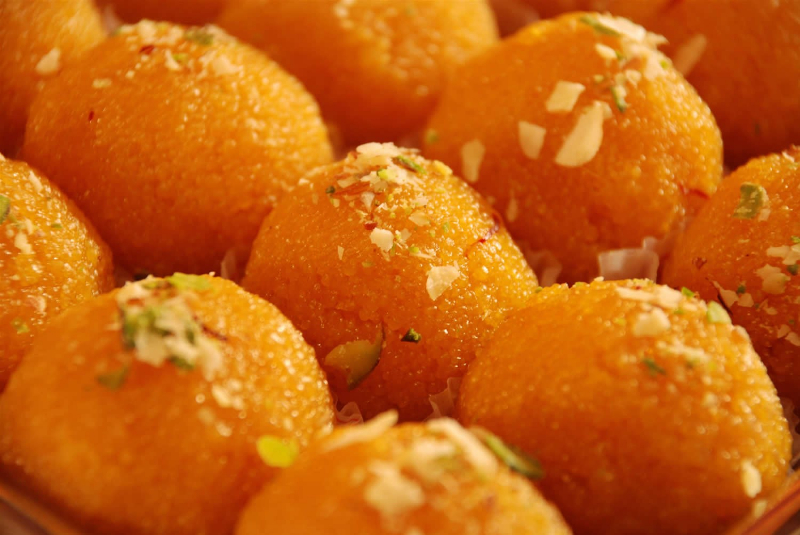 Motichoor Laddoo or the Boondi Laddoo, or even the Besan Laddoo, this sweet dish is something that can be easily made at home. An integral part of festivities and special occasions, Laddoo has a history of its own. You will be surprised to know but as per the traditions, Laddoo was fed to growing girls to balance their hormones. Now you know why Gond Laddoo, Sonth Ke Laddoo, and Panjiri Laddoo are recommended in pregnancy, puberty and in winters. 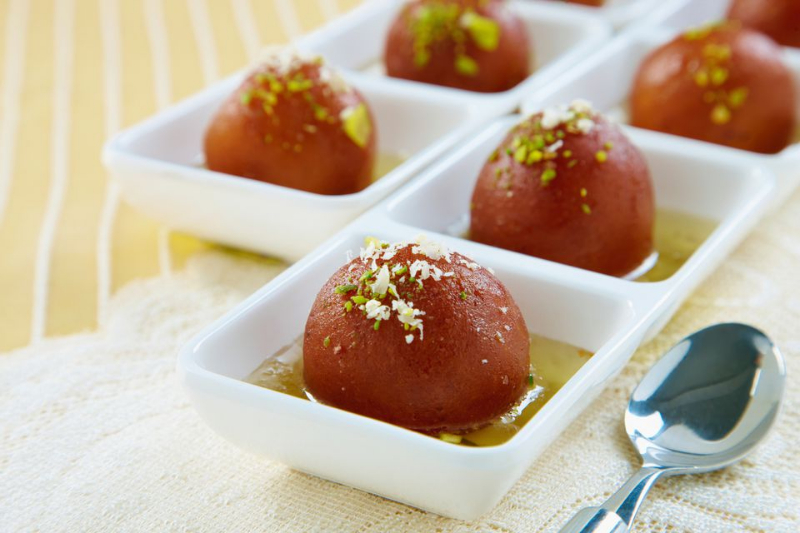 Gulab Jamun is not even Indian. Surprised? Here is more! It came from the Persian (present day, Iran) cuisine and has originated from an Arabic dessert - Luqmat al-qaadhi that literally translates to ‘The Judge’s Bite’. This dessert got popularity during the Mughal era and was later called Gulab Jamun, and was renamed using Persian words gul (flower), ab (water), and jamun (Indian fruit with similar shape & size). 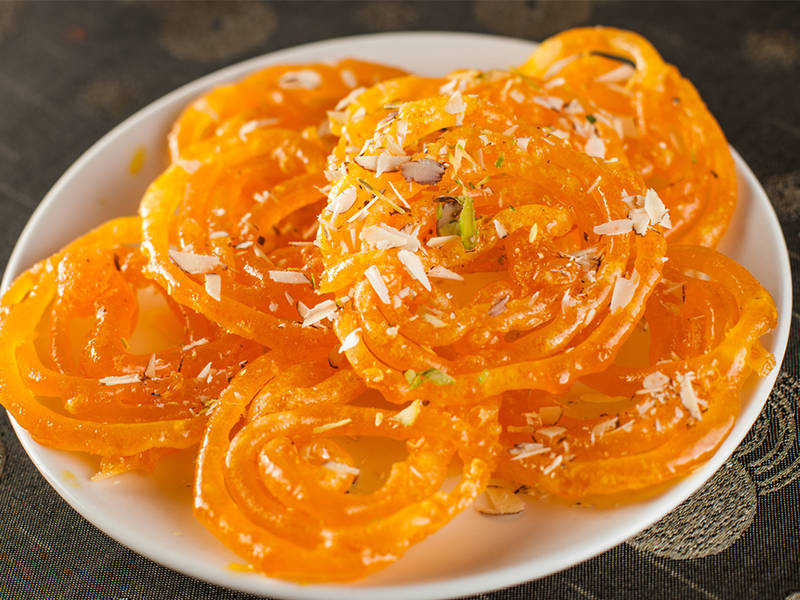 Who dosent like warm Jalebi with cold Rabri. As per the Oxford Companion, ‘Kitab-al-Tabeekh’, a cookbook by a Baghdadi author has the original recipe of this famous dessert that has several names to its credit. Apart from the fact that Jalebi is not Indian, it has been in existence for 500 years in India. Also, the very name Jalebi comes from a Sanskrit word ‘Jalvallika’ that means ‘full of water’. 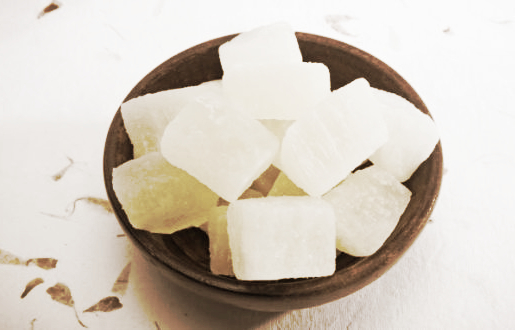 These Pethas do taste yummy, but do you know that they originated in the royal kitchen of the Mughal Empire? It was Emperor Shah Jahan who ordered for a sweet to be made as white as the Taj Mahal. And as many as 500 workers were appointed to make Petha! Also, it is believed that Petha is as old as Taj Mahal as it was made for the 21,000 workers who were working on Taj Mahal to provide them with extra energy 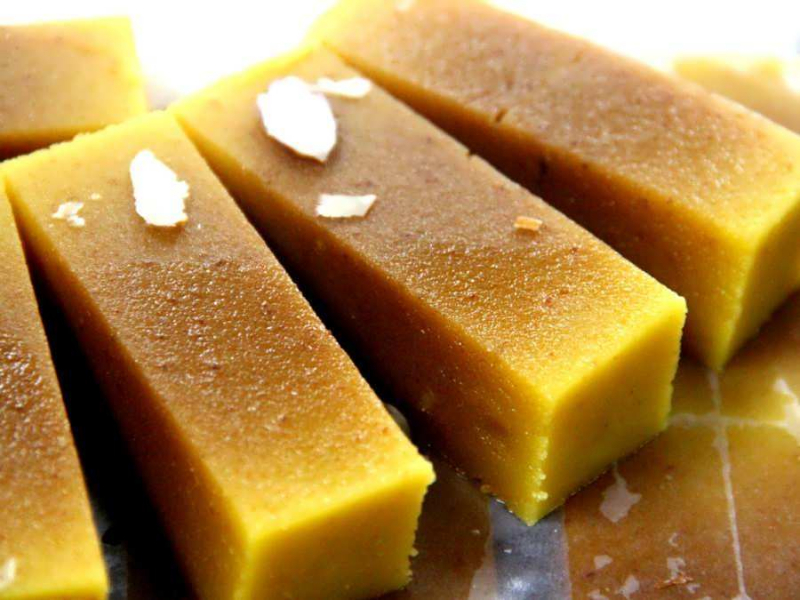 It is a 3-ingredient dessert prepared using gram flour, ghee, and sugar. It’s history dates back to the 17th or 18th century and is known to be a traditional South Indian sweet that finds relevance on special occasions and festivals. It is said that Kakasura Madappa, the head chef in the Royal Kingdom of Mysore in the reign of King Krishna Raja Wodeyar who made Mysore Pak for the first time. 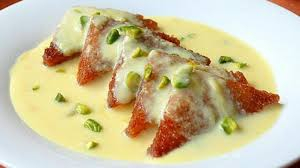 Shahi Tukda, the crispy, velvety royal dessert. As much as you love these deep-fried sweetbreads, you will be surprised that it was the Mughals who introduced them in India. How it came into existence, is a very interesting story. As per a legend, a King and his troupe were traveling for a hunt and they stopped at Nile river to have some food. The villagers were very much excited on hearing this and brought forward their local cook Umm Ali, to cook a delicious meal for the King and his troupe. As they did not have many resources, he took some stale bread and dipped them in a rich gravy made using nuts, cream, sugar, and milk. Everyone was so hungry that they loved this dessert, which provided them instant energy. Because it was prepared for the Royals, it was named ‘Shahi Tukda’ meaning royal piece. 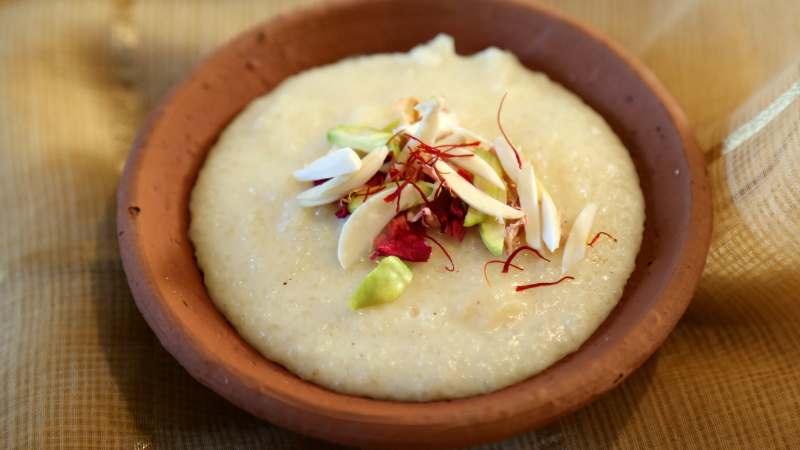 Kheer and phirni are types of traditional Indian rice milk puddings. While whole rice is used in kheer, phirni is made with ground rice, giving it a smoother and creamier texture. Both are usually flavored with saffron and cardamon, and topped with nuts and dried fruit. However, phirni is always served chilled, whereas kheer can be served warm as well. Payasam is the south Indian version of kheer. It's frequently served during festivals, and is one of the main dishes in Kerala's Onam festival Onasadhya feast.